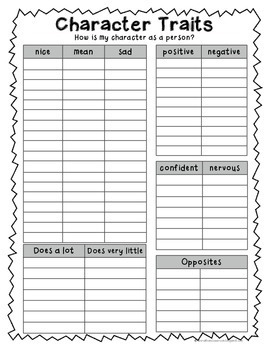 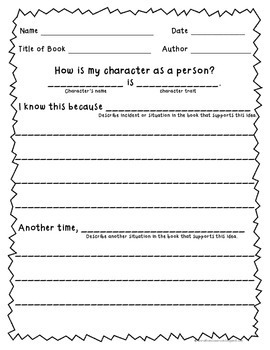 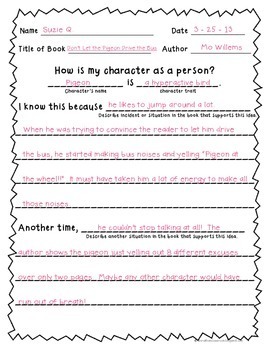 I would give my students a sheet with character traits, and their heads would spin trying to locate a word amongst the sea of words! So this chart will hopefully help students organize their thinking when selecting a character trait. Traits are arranged in alphabetical order in the following categories: nice/mean/sad, confident/nervous, and does a lot/does very little. The rest of the categories are partially alphabetical and having a corresponding opposite.


Enclosed in this product:
*List of character traits, organized by general categories. Students can determine which general category is most applicable to the character, and then select a trait that best suits him/her.

*Blank chart with the categories so students can brainstorm their own word lists.

*Graphic organizer in which students select a character trait and then write two pieces of text evidence that supports that trait.