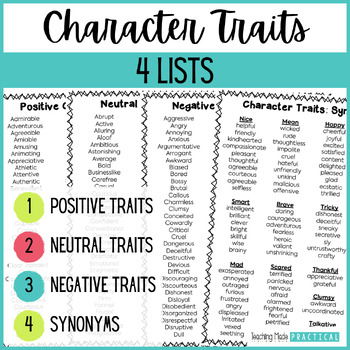 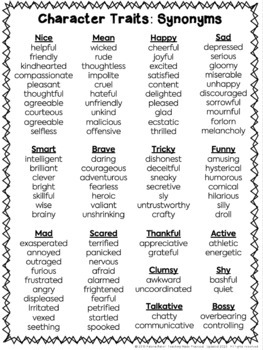 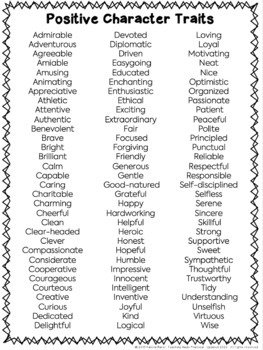 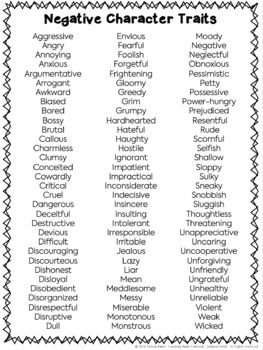 1. Character Trait Synonyms - This list includes common character traits and their synonyms - especially helpful for getting students to use words other than "nice" or mean" when describing a character.

2. Positive Character Traits - A list of character traits that are generally considered to be desirable.

3. Negative Character Traits - A list of character traits that are generally considered to be undesirable.

The preview shows all 4 lists and the words included in the lists. Help your 2nd grade, 3rd grade, 4th grade, and 5th grade students build a better vocabulary!

Save over 30% when you buy this as part of my Character Traits Bundle!

If you are trying to expand your students' character trait vocabulary, then you might like my resource Building Character Trait Vocabulary.