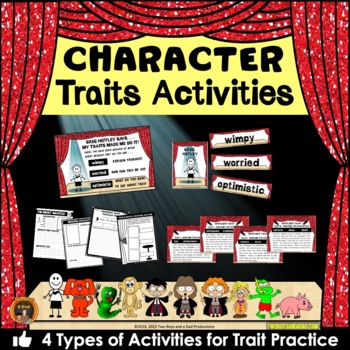 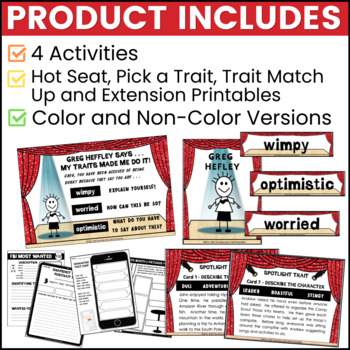 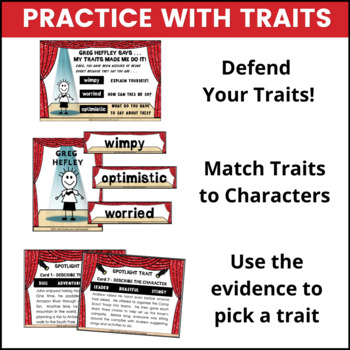 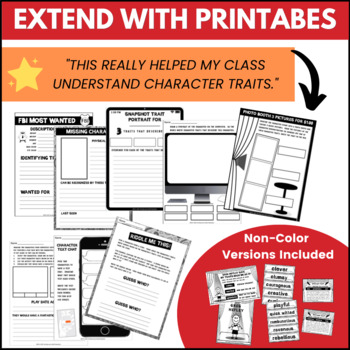 THE 4 ACTIVITIES FOR CHARACTER ANALYSIS

Though identifying character traits is only one part of the standard, this product will benefit students who need more practice with the traits first before delving into the analysis of the character.

See the preview to see sample pages. Color and NON-COLOR versions of all cards are included.

⭐️⭐️⭐️⭐️⭐️ Heather H. says, "This is a fun, creative unit for a character study! Thank you!"