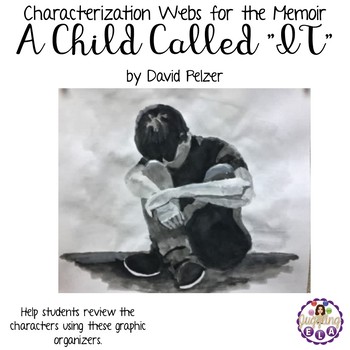 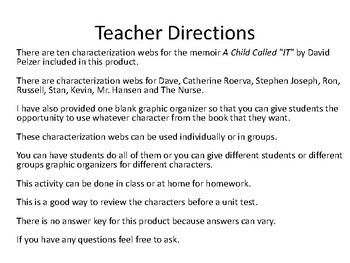 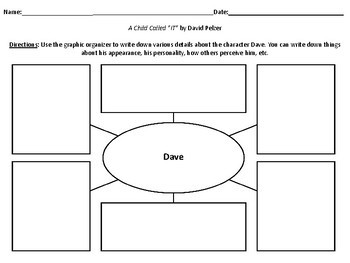 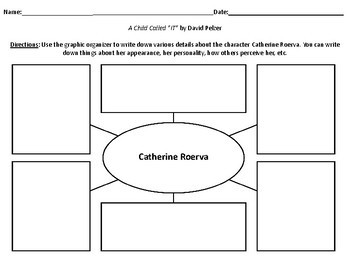 There are ten characterization webs for the memoir A Child Called "IT" by David Pelzer included in this product.

There are characterization webs for Dave, Catherine Roerva, Stephen Joseph, Ron, Russell, Stan, Kevin, Mr. Hansen and The Nurse. I have also provided one blank graphic organizer so that you can give students the opportunity to use whatever character from the memoir they want.

These characterization webs can be used individually or in groups.

You can have students do all of them or you can give different students or different groups graphic organizers for different characters.

This activity can be done in class or at home for homework.

This is a good way to review the characters before a unit test.

There is no answer key for this product because answers can vary.

If you have any questions feel free to ask.

This product is included in my unit for the memoir listed here:
Activities and Handouts for A Child Called "IT"