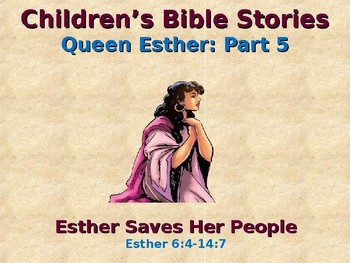 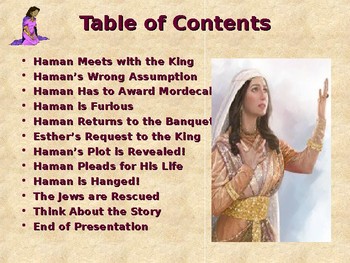 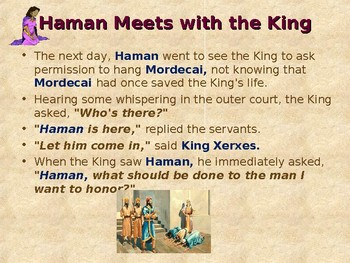 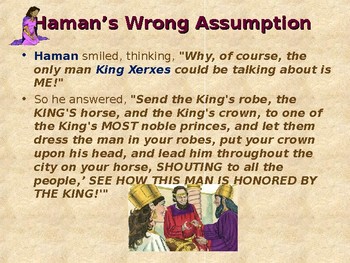 (3 MB|14 slides)
Also included in:
Product Description
This is a 14 slide, highly animated, power point presentation on Religion – Children’s Bible Stories – Esther - Part 5 – Esther Saves Her People. Each of the slides are editable so you can modify the slides to the presentation as needed. I have also included a slide called “Think about the Story” for student review and questions.

This is the 5th of 5 presentations on the story of Queen Esther who, through her bravery, miraculously save her people from annihilation at the hand of Haman, one of the King’s Officials. Part 5 is based on the Old Testament of the Bible; Esther 6:4-14:7 and covers the portion of the story of how she exposed Haman, his execution and the reversal of the king’s edict, saving her people from death.

The series of 5 are designed to be taught consecutively as each one builds upon the other chronologically.

This is one on many presentations that I offer in my store on ….Religion, Children’s Bible Stories.