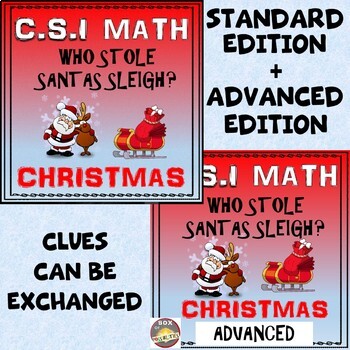 Teacher-Author is updating the video. This may take several hours to complete. 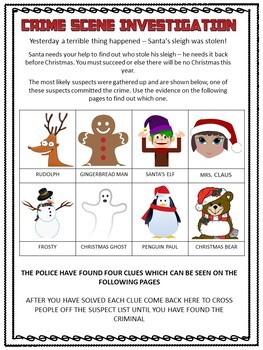 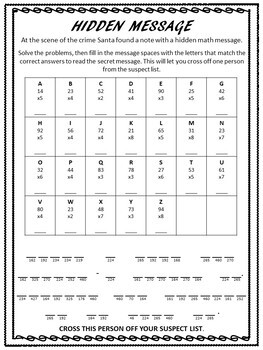 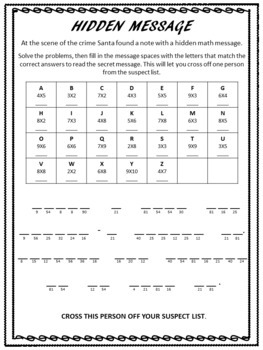 This Christmas bundle includes three versions, a junior version for Grades 1-3 the standard version and the advanced version (with harder clues). The clues can be interchanged between the versions, allowing you to chose the version of the clue which best meets your students needs.

This product now comes with an engaging video hook!

Students have to use their math skills to eliminate suspects so they can find out who committed the crime (Santa's sleigh was stolen!).

Four clues are given to the students and each clue (worksheet) allows them to eliminate 1-3 suspects.

Clue 2/ Magic to fly the sleigh

Pack also includes an extension writing activity for early finishers - What would you do if you had Santa's sleigh for a day?

In the advanced version the clues are slightly harder, allowing you to differentiate between your students.

Why not grab my seasonal CSI bundle and get yourself a massive discount! Included in the Math bundle is this CSI Christmas activity, CSI Easter, Chinese New Year, Back to School, Halloween, and Thanksgiving. Only $18.50!

If you liked this activity then take a look at my other CSI math activity bundle by clicking here!