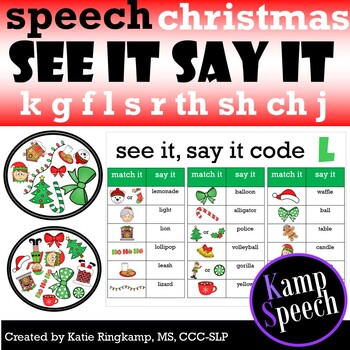 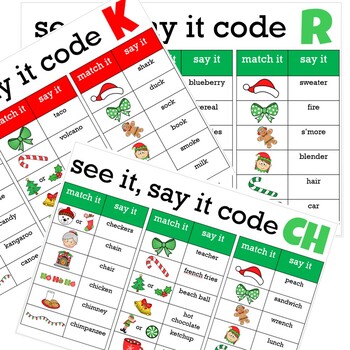 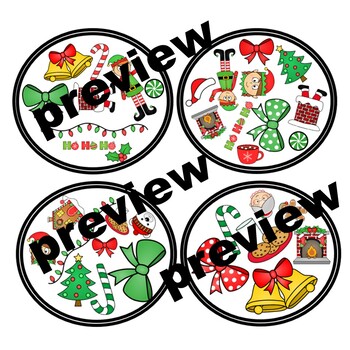 36 cards each with 8+ pictures of Christmas pictures

-Choose target sound(s) and grab that corresponding “see it, say it code”sheet

-Deal one card to each player faced down

-All players flip over their cards at the same time

-After the player says the matching Christmas word, he/she looks on the “see it, say it code” sheet to determine which articulation word to practice or use in a sentence

-That player wins that round and keeps the cards

**If no one has a match, put those cards in a separate pile to be shuffled and reused**

-The player with the most cards at the end wins!