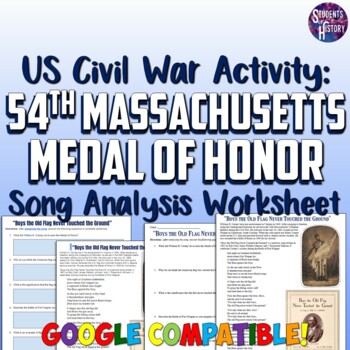 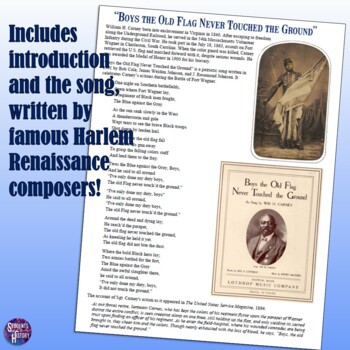 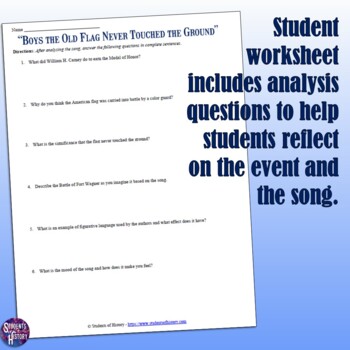 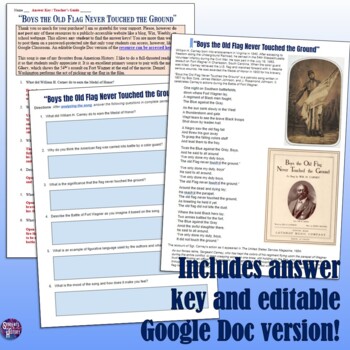 This worksheet for the US Civil War features an amazing song written in honor of William H. Carney's heroic actions. Carney was born into slavery, but escaped and served in the famous 54th Massachusetts Regiment.

There is an introduction proving background on Carney and the events surrounding his courageous actions to save the US flag during a deadly battle. Lyrics for the song are included, which were written by famous Harlem Renaissance poet James Weldon Johnson and others.

The worksheet features six questions in which students analyze the lyrics and reflect on their own interpretation.

An answer key and editable Google Doc version are both included for your convenience.

This resource pairs perfectly with the fantastic movie Glory, which depicts the 54th Massachusetts and the battle this poem describes. A great worksheet and guide for the movie can be downloaded here.

Both resources can also be downloaded as part of my Civil War and Reconstruction Unit Plan Bundle.

Thanks for checking them out!

Total Pages
3 pages
Answer Key
Included
Teaching Duration
30 minutes
Report this Resource to TpT
Reported resources will be reviewed by our team. Report this resource to let us know if this resource violates TpT’s content guidelines.