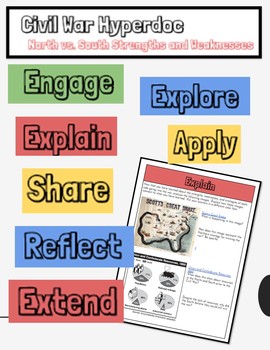 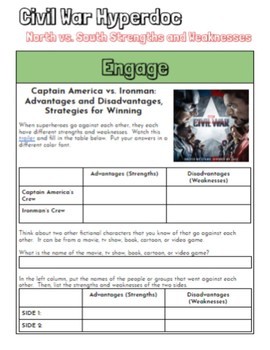 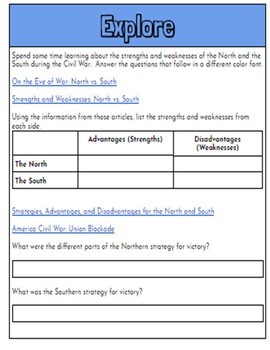 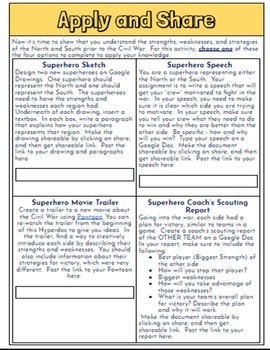 Harper's History
181 Followers
Follow
Compatible with Digital Devices
The Teacher-Author has indicated that this resource can be used for device-based learning.
DescriptionReviews6Q&A

In this interactive digital lesson, students explore the strengths and weaknesses of the North and South as "superheroes" going into the Civil War. They discover the strategies each side developed for victory and analyze the "game plans."

Students will have the opportunity to engage, explore, explain, apply, share, reflect, and extend their understanding as 21st century learners. They will watch a movie trailer, explore a variety of digital resources, analyze primary sources using their new knowledge, and apply that learning by choosing between one of four final activities.

This resource is a Google Doc that can be shared with students directly or put onto Google Classroom. You will get a link to the Google Doc version of this activity. It will ask you to make a copy of the document when you open it. You will then be able to edit the document if desired. You can then share the document with students or post it as an assignment on Google Classroom. If you assign it through Classroom, be sure to click the "copy for each student" option.