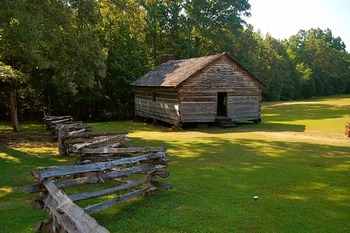 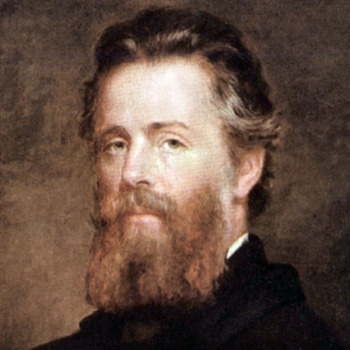 Herman Melville never knew that he was one of America’s greatest writers and would become a world literary figure. Disappointed by the poor reception his novels initially received, he became a customs inspector and turned his literary focus to poetry. He expected to be remembered, if at all, as a poet. Moby Dick insured that this would never happen.

Melville volunteered in hospitals during the Civil War. His experiences with the wounded – their suffering and their bravery – greatly influenced him and resulted in some great American poems. One of these is Shiloh.

I encourage you to use this poem and its common core activities to open discussions about our shared history. I especially recommend the scripted choral reading activity. It's a powerful teaching tool and the kids like it! I’ve also provided directed reading, reciprocal teaching, research questions and a poster assignment to help you involve your students with Melville’s words.

I appreciate your interest in our Civil War! Please take a look at my other Civil War primary document units listed here on TPT. They include The Battle Hymn of the Republic, The Pickets - a short story by Robert W. Chambers, At Chancellorsville - a poem by Andrew Hudgins, Glory - a letter from a soldier of the 54th Massachusetts, The Emancipation Proclamation and Lincoln’s 2nd Inaugural Address.

This unit was endorsed by the Civil War Trust Teachers Regiment.

Also, if you and your students enjoyed this poem, you might be interested in my YA Civil War novel Dawn Drums. I taught U.S History for many years and was frustrated by the narrow stories related by texts. There were no women, no freed slaves, no ordinary people of any sort. I found other sources, especially Norman Yetman’s Voices from Slavery, to use with my students. These other stories pushed me into writing about the War’s last year and telling about it through the words and experiences of Almira, Lulu and others. Here’s a Kindle link for Dawn Drums:

Log in
to see state-specific standards (only available in the US).
CCSSCCRA.L.1
Demonstrate command of the conventions of standard English grammar and usage when writing or speaking.
CCSSCCRA.L.2
Demonstrate command of the conventions of standard English capitalization, punctuation, and spelling when writing.
CCSSCCRA.L.3
Apply knowledge of language to understand how language functions in different contexts, to make effective choices for meaning or style, and to comprehend more fully when reading or listening.
CCSSCCRA.L.4
Determine or clarify the meaning of unknown and multiple-meaning words and phrases by using context clues, analyzing meaningful word parts, and consulting general and specialized reference materials, as appropriate.
CCSSCCRA.L.5
Demonstrate understanding of figurative language, word relationships, and nuances in word meanings.