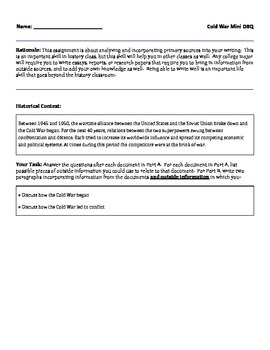 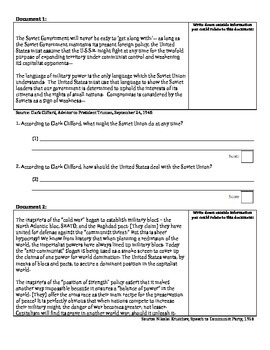 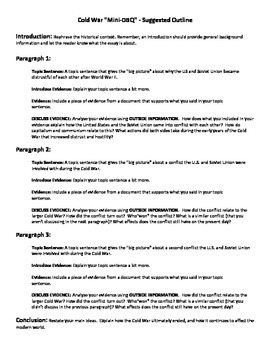 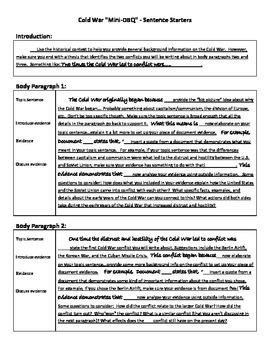 (649 KB|8 pages)
Product Description
Resource is what I like to call a "Mini DBQ." Unlike most DBQ's, it only has five documents. I use it with ninth graders to introduce them to the process of writing about primary sources without overwhelming them with too many.

This DBQ has students discuss the origins and conflicts of the Cold War. Documents one and two outline the way the U.S. and Soviet Union viewed each other, document three is about the Cuban Missile Crisis, document four is about the Korean War, and document five is about the division of Berlin. The documents themselves have a column to the right where students annotate the document and write down outside information they can relate to it. This forces students into the habit of thinking about what outside information they can include in their essay before they begin to write it.

This mini-DBQ is a great way to introduce young writers to the process of writing about primary sources and would be ideal as a summative assignment for a unit on the Cold War.
Total Pages
8 pages
Answer Key
N/A
Teaching Duration
N/A
Report this Resource to TpT
Reported resources will be reviewed by our team. Report this resource to let us know if this resource violates TpT’s content guidelines.