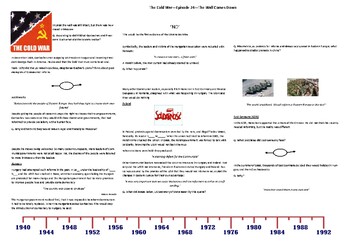 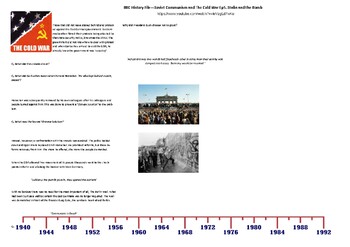 Gorbachev makes clear Eastern European countries were free to determine their own destinies. In Poland Solidarity enters into negotiations with the Government, and would end up winning a landslide election. In Hungary the Government chooses to symbolically re-inter Imre Nagy, and open its frontier with Austria, which is then crossed by increasing numbers of holidaying East Germans. Erich Honecker refuses to implement reforms, despite subtle pressure from Gorbachev and growing protests across East Germany. The bloody end to dissent in China is never far from the minds of protesters. Just as protests reach a peak, Soviet forces in East Germany are stood down, and Honecker is replaced by an unimpressive Egon Krenz. As a concession travel restrictions are lifted but the new regulations are miscommunicated, and the Berlin Wall is suddenly and irrevocably breached by masses of East Germans. In the momentum, the fate of communism in East Germany is sealed. Interviewees include Mikhail Gorbachev, Miklós Németh, Egon Krenz and George H. W. Bush. The pre-credits scene includes Gorbachev explaining that by 1989, force alone could not secure the world.

Total Pages
N/A
Answer Key
Not Included
Teaching Duration
50 minutes
Report this Resource to TpT
Reported resources will be reviewed by our team. Report this resource to let us know if this resource violates TpT’s content guidelines.