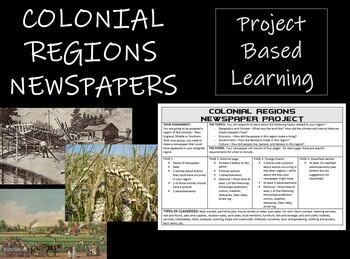 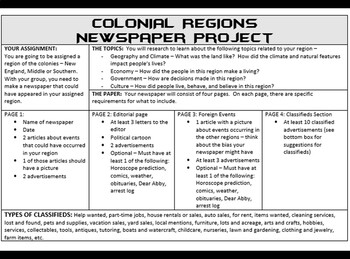 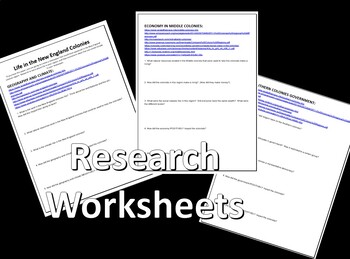 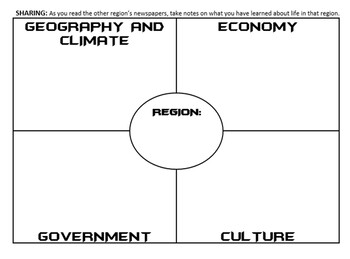 In this project-based learning activity, students don't just describe the differences between the three colonial regions - they create a product using their new learning. They examine life in either the New England, Middle, or Southern colonies by creating a newspaper that could have existed in that region.

They research four key areas of life in their assigned region:

They use their understanding of those topics to create articles, letters to the editor, political cartoons, obituaries, weather reports, Dear Abby letters, comics, advertisements, classifieds, and many other parts of a newspaper.

- Newspaper project directions with brief explanation of each requirement

- Research websites and questions for the regions

- Notes sheet for sharing with the other regions