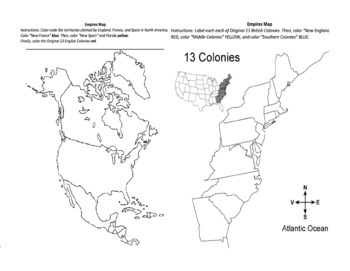 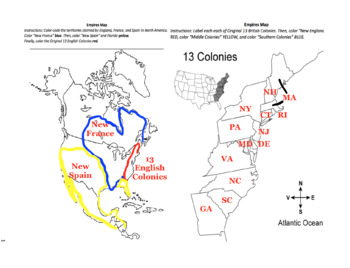 This is a basic map of the major empires competing for control of the New World. I highly recommend this for your students if you are studying colonial history. This is a great visual teaching tool for visual learners and creative students who enjoy making maps.