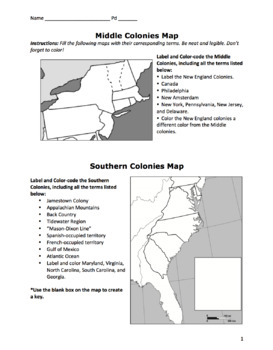 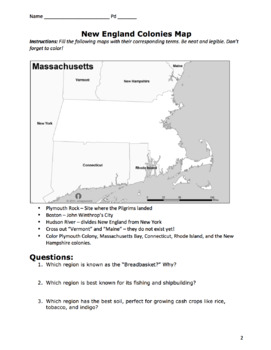 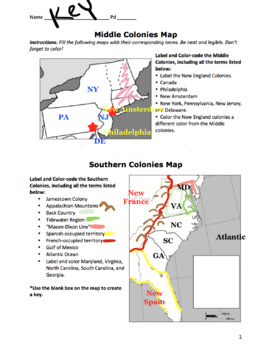 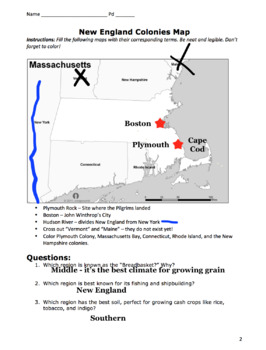 Students will benefit from understanding not just the stories of the Virginia Company, Pilgrims, etc. but also the geography in which they occurred. Here, students will create their own maps of the New England, Middle, and Southern Colonies of the New World. They will also include New Spain and New France.