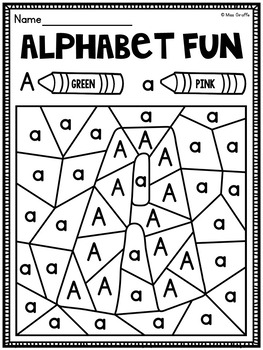 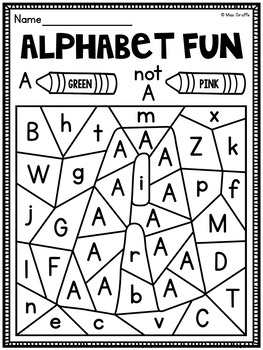 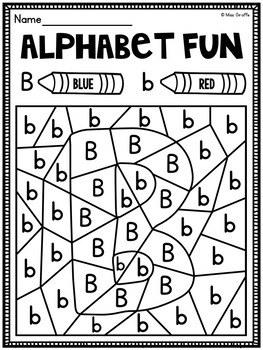 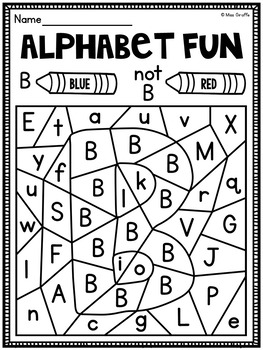 These have been added to the

so if you own that, just redownload it to get these free :)

I also have a beginning sounds pictures version of these:

Kids look at each picture and color the chunk it's in by the alphabet letter. Each worksheet reveals the letter being practiced!

Each worksheet A-Z (except for X) comes in THREE levels:

- Practicing upper OR lower case (color by J or j)