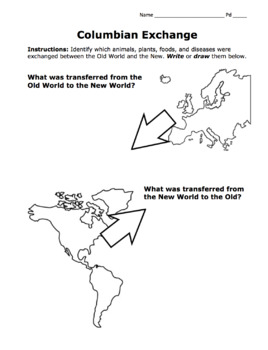 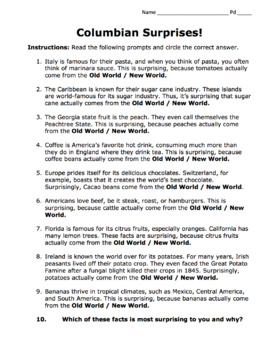 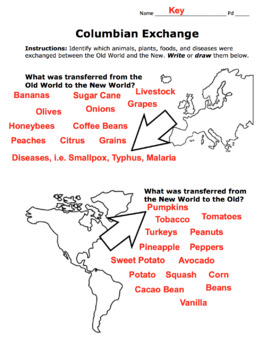 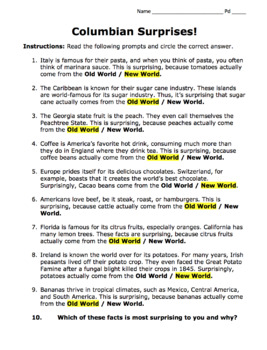 Students will enjoy learning about the Columbian Exchange. They will draw or write the foods, animals, plants, and diseases that were transferred to or from the New World. Students will also enjoy the "Surprises" Activity on the back, in which students will ponder the exchange and diffusion of these foods over time. For example, isn't it surprising that Ireland is famous for its potatoes ... and yet potatoes came from the New World?