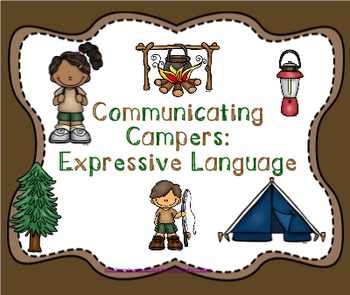 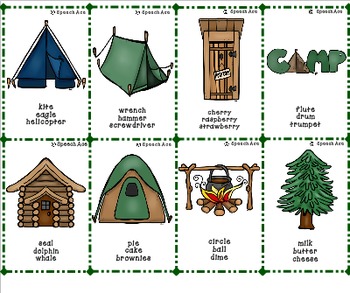 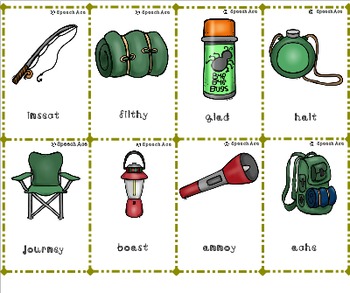 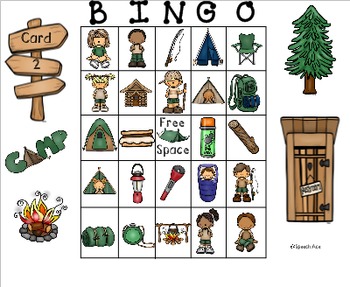 Just in time for summer activities. Enjoy 6 great camping themed expressive language card decks, along with a Camp Swap gameboard and a describing bingo game! These games provide a motivating, engaging theme for your students to work on 6 different expressive language tasks. Included in the download is:

This game is meant for playing bingo but could be modified by printing out only the calling cards in doubles to make memory, go fish, or a matching game. The activity works on expressive language skills by making the students draw the calling cards and "describe" the picture on the card to the other students. It can also work on auditory comprehension skills by making the students listening to the specific details when trying to figure out which picture to cover. Included in the download are:

In this game, each player is given 10 tokens of the same color. Players will roll 2 dice and add them together. Cover the space that has that number. If another player has already covered that space, you can switch it with your chip. The chip that was switched goes back to its original player. If you roll a number that you have already marked, you can put two chips on it. Once a picture has two chips, the picture is "taken" and can no longer be "switched" by the other players. The player who gets rid of all of their chips first is the winner. This game can be used with all of the provided card decks.