Compare Fractions with the Same Denominator 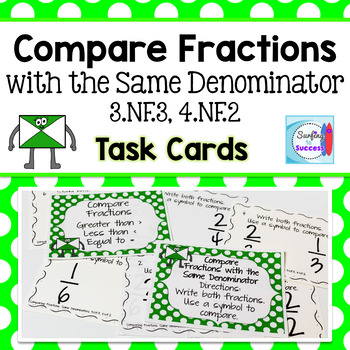 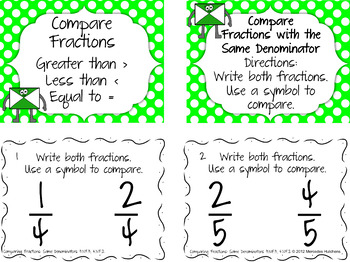 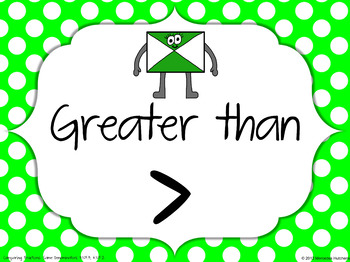 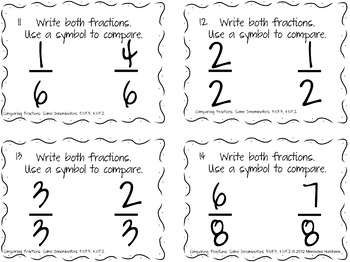 Students will look at fractions with the same denominator and compare using less than, greater than, and equal.

Log in to see state-specific standards (only available in the US).
CCSS4.NF.A.2
Compare two fractions with different numerators and different denominators, e.g., by creating common denominators or numerators, or by comparing to a benchmark fraction such as 1/2. Recognize that comparisons are valid only when the two fractions refer to the same whole. Record the results of comparisons with symbols >, =, or <, and justify the conclusions, e.g., by using a visual fraction model.
CCSS3.NF.A.3
Explain equivalence of fractions in special cases, and compare fractions by reasoning about their size.
Total Pages
22 pages
Answer Key
Included
Teaching Duration
N/A
Report this Resource to TpT
Reported resources will be reviewed by our team. Report this resource to let us know if this resource violates TpT’s content guidelines.