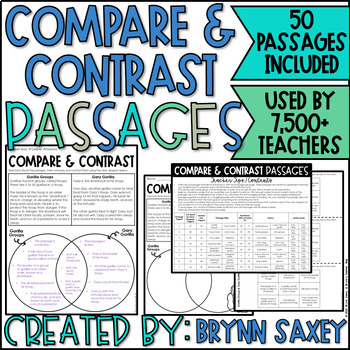 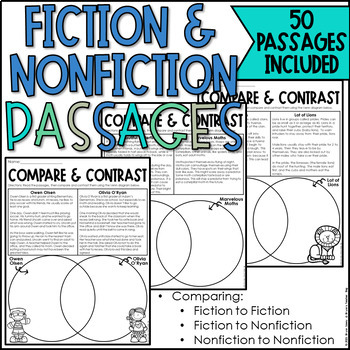 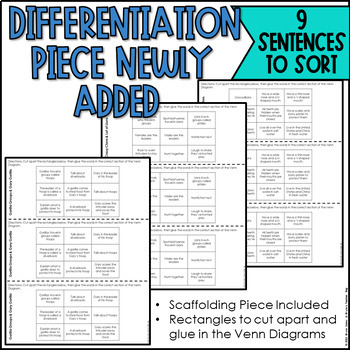 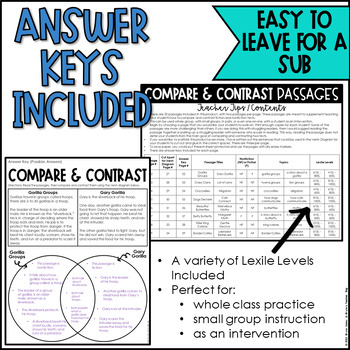 Brynn's Teacher Bag
1.5k Followers
Follow
Compatible with Easel
This PDF can be converted to an interactive version that you can assign to students to complete on a device, using Easel by TpT. Learn more.
DescriptionStandards2Reviews789Q&A1

After looking over my end of the year test results and talking with my sweet friend who teaches first grade in Arizona, I decided that it would be highly beneficial to create passages to help my kiddos practice comparing and contrasting.

The passages are challenging, so I have used these toward the end of the year with my firsties. You could read the passages together and have the students help you come up with what to put in the Venn Diagram too.

I have added answer keys to this product. There are about 3-5 answers given per part of the Venn Diagram.

• Please go to your My Purchases page (you may need to login). Beside each purchase you'll see a Provide Feedback button. Simply click it and you will be taken to a page where you can give a quick rating and leave a short comment for the product. Each time you give feedback, TPT gives you feedback credits that you use to lower the cost of your future purchases. I value your feedback greatly as it helps me determine which products are most valuable for your classroom so I can create more for you. ☺

• Look for the green star next to my store logo and click it to become a follower. Voila! You will now receive email updates about this store. ☺

Log in
to see state-specific standards (only available in the US).
CCSSRI.1.9
Identify basic similarities in and differences between two texts on the same topic (e.g., in illustrations, descriptions, or procedures).
CCSSRL.1.9
Compare and contrast the adventures and experiences of characters in stories.