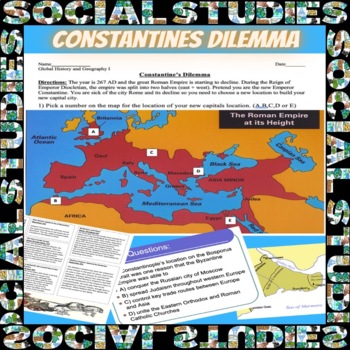 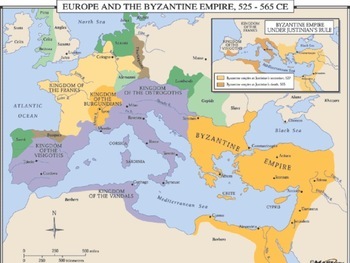 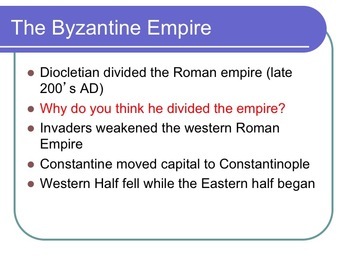 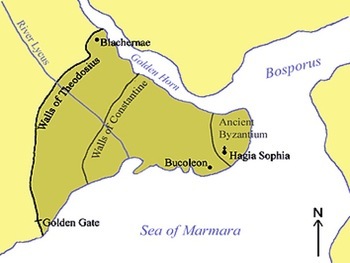 I use this for an introduction to the Byzantine Empire. Kids love it because it is very student centered and there really is no wrong answers. They have to act like emperor Constantine and find a new location for a new capital using a map. They have to defend their answers.

Also includes great pictures and notes through powerpoint and a primary source travelers description of the city of Constantinople.

You start with a review of the fall of the western Roman Empire and discuss how there is a shift to the "New" roman empire in the east=Byzantine Empire.