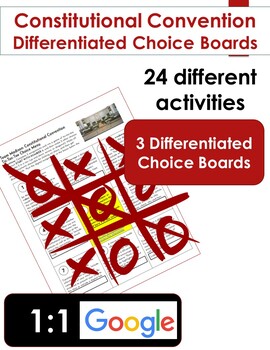 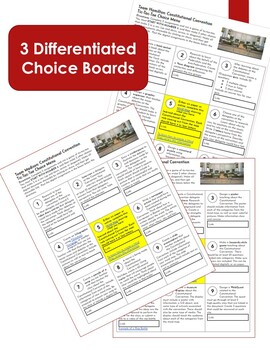 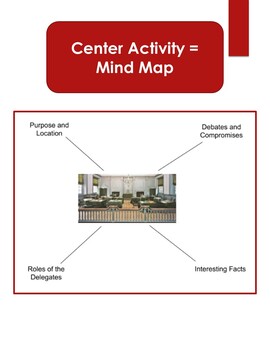 Harper's History
164 Followers
Follow
Compatible with Digital Devices
The Teacher-Author has indicated that this resource can be used for device-based learning.
DescriptionReviews3Q&A

Differentiate your Constitutional Convention lesson with this set of three engaging choice board menus. Students research to learn about the purpose and location of the convention, roles of the delegates, and debates and compromises. They then use that learning to choose from a variety of products. All students start with the mind map in the middle, and then work to win a game of tic tac toe.

The choice board menus can be used as a stand-alone activity to lead students through learning about the major issues surrounding the Constitutional Convention, as a supplement to instruction, for homework or extension activities, or as an assessment.

Twenty-four different activities are included within the three differentiated menus, including designing a mind map, making video diaries, creating a Jeopardy-style game, designing a WebQuest, displaying a museum exhibit, and drawing a windowpane. Additional choices include performing a parody of a song, making a book jacket, writing a newspaper article, making a rap battle, and many others.

* Rubric that can be used to assess the products

This resource includes both a Word and Google Doc version of the choice board menus. You will get links to each document and will be asked to make a copy of each to open them. You will then be able to edit the documents if desired. You can share the documents with students or post it as an assignment on Google Classroom. If you assign it through Classroom, be sure to click the "copy for each student" option.