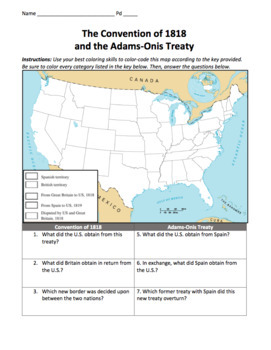 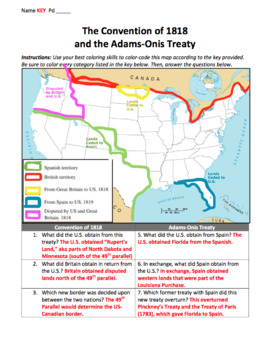 Students will greatly benefit from this map, a visual representation of two important treaties between the U.S. and Britain (and between the U.S. and Spain). This includes the Convention of 1818 and the Adams-Onis Treaty, or the Florida Treaty. Students will follow directions by filling out this map and answering important questions below. The answer key is included.