Conversations with a Killer: The Ted Bundy Tapes (EPISODE 3 Not My Turn...) 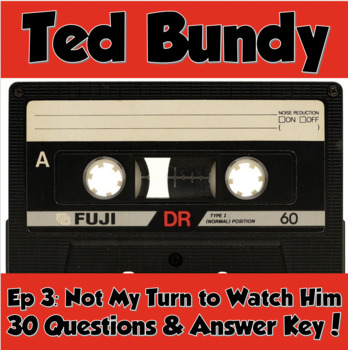 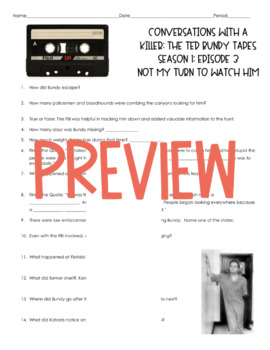 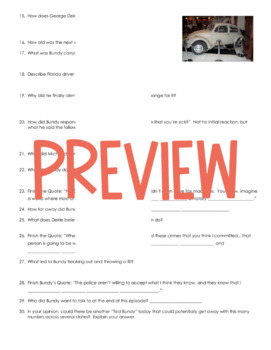 NETFLIX's Conversations with a Killer: The Ted Bundy Tapes, was released on the 30th anniversary of his execution. Ted Bundy is one of the most notorious serial killers. He was also not what people thought of when they thought of a murderer. Episode 3: Not My Turn to Watch Him examines Ted Bundy's life after arrest and then his multiple escapes. This story focuses on how after his second escape he made he way to Florida and committed the Florida State University murders as well as a couple of other attacks. It is also where we see a bit of Bundy begin to lose control. This lesson would be great in Psychology, Criminology, Law & Justice, or helpful for last minute sub plans. It could also be a great addition when discussing the Nature v. Nurture debate.

There are 30 questions on this worksheet and an answer key has been provided for your convenience. The runtime is 51 minutes and it is rated TV-MA on Netflix.

Conversations with a Killer: The Ted Bundy Tapes- Be sure to check out the other episodes available in my store!

Episode 2: One of Us

BUNDLE: Conversations with a Killer- All 4 episodes for $5.99! Save 40% off the price of buying them all individually!

Total Pages
3 pages
Answer Key
Included
Teaching Duration
55 minutes
Report this Resource to TpT
Reported resources will be reviewed by our team. Report this resource to let us know if this resource violates TpT’s content guidelines.