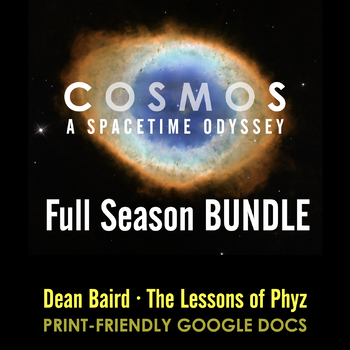 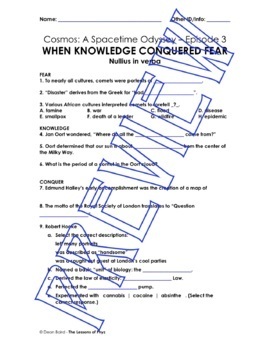 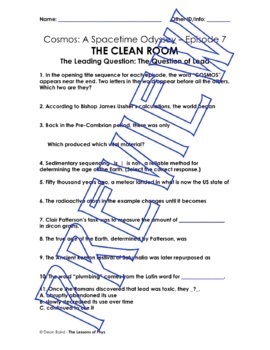 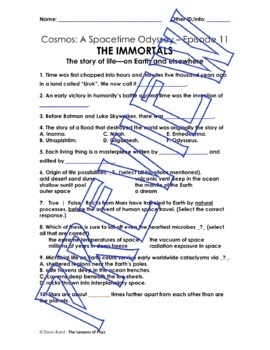 The Lessons of Phyz
183 Followers

Products in this Bundle (13)

Cosmos: A Spacetime Odyssey is a 2014 American science documentary television series. The show is a follow-up to the 1980 television series Cosmos: A Personal Voyage, which was presented by Carl Sagan on the Public Broadcasting Service and is considered a milestone for scientific documentaries. This series was developed to bring back the foundation of science to network television at the height of other scientific-based television series and films.

The student Google Docs file/s linked to in this product is/are suitable for use as Google Docs and for printing and photocopying.

Find resources for other seasons of Cosmos here: