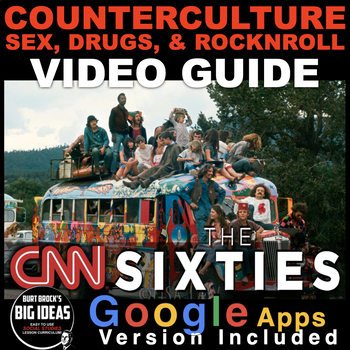 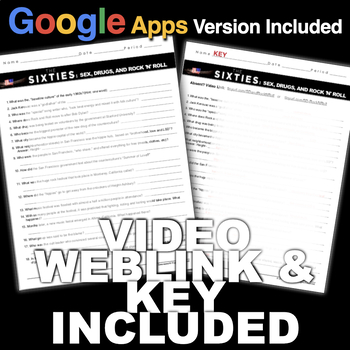 Counterculture: Sex, Drugs and RockNRoll from CNN’s The Sixties Video Guide covers the 1960s counterculture. Worksheet has 18 questions covering the 42 minute video. Includes a second copy that contains two video links for distance learning and those students are absent. An answer key is provided.

*Teacher's may want preview video before presenting to students, particularly younger classes. After all, the video is about sex, drugs and Rock and Roll.

Birth of the counterculture

End of the counterculture

• The Seventies: Television Gets Real from CNN Video Guide

• The Sixties: Television Comes of Age from CNN Video Guide

Total Pages
n/a
Answer Key
Included
Teaching Duration
45 minutes
Report this Resource to TpT
Reported resources will be reviewed by our team. Report this resource to let us know if this resource violates TpT’s content guidelines.