Crash Course European History #17 - The Rise of Russia and Prussia 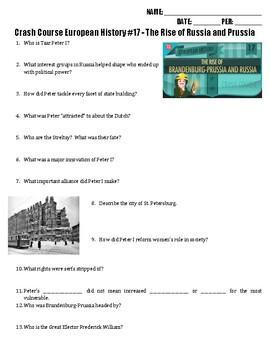 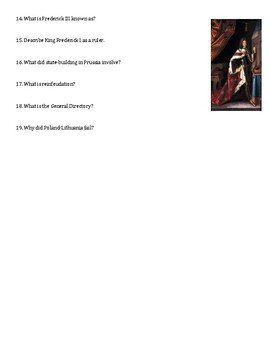 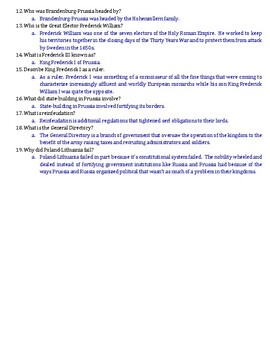 In eastern Europe, in the 17th century a couple of "great powers" were coming into their own. The vast empire of Russia was modernizing under Peter the Great, and the relatively tiny state of Prussia was evolving as well. Russia (and Tsar Peter) reformed many aspects of Russian governance, realigning them toward the way things were done in western Europe. In Prussia, efficiency of institutions became a thing, and Prussia turned into "a large army with a small state attached."

All episodes of Crash Course are available on YouTube.

Can be used in an AP European or World History Class.