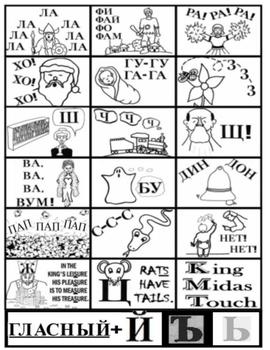 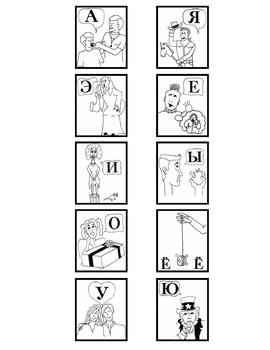 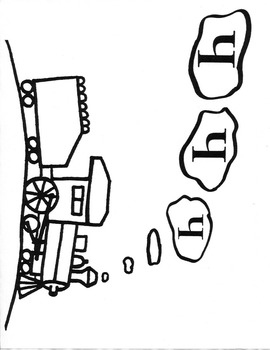 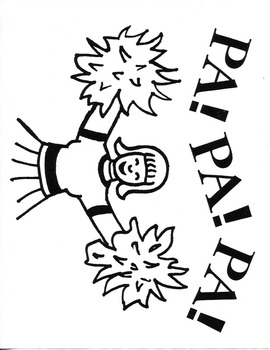 For a long time, 83 teachers had viewed my Cyrillic Alphabet kit, and no one had purchased it yet. My sales have increased to FOUR kits. Please read their comments. I wish I could make you understand what it is really like. The simple visual, physical image of the sound is more powerful than the written equivalent in the learner's native language.

For several years I went as a volunteer "speaker" to the 6th grade World Cultures classes in the Middle School where my grandsons attended. The first two visits were because they were in the classes, but the teacher asked me to continue my volunteer efforts. Our idea was to broaden the children's world by making them understand that other means of writing were developed and that they could learn to "read" with those alphabets. I had 45 minutes to teach them how to "sound out" words that had been "transliterated" into this alphabet. The names of the US states, words that were cognates and if you could just say them aloud, you would instantly know what they meant. Later after I was so bored of retirement, I started substitute teaching. Whenever I subbed for a World Cultures class, I asked the teacher if I could do that same presentation for their classes. One day I was subbing at the high school that some of those middles schools "fed into." One student in the math class asked me, "Are you the lady that taught us the Russian alphabet at C--- Middle School? Every time I go by a Toys R Us--I think of you and remember that lesson."

When we attempt to explain the sound of the letter by writing the “equivalent” sound we are failing to make the letter itself REAL, thus confirming the language-learner's unconscious belief that his/her native language's alphabet is the ONLY REAL alphabet.

In addition, the visual image serves as a mnemonic device to trigger the memory of the sound.

Please understand that EACH letter has its 8 ½ x 11 inch sheet, with the exception of K, M, T, since these three symbols already have the sound with which the learner is comfortable. They are, thus, GOLDEN letters—King Midas Touch.

I copy the consonants on tan paper and the vowels on ivory. The vowels are “portrait” style and the consonants are “landscape” style. These are incredibly powerful teaching tools for beginning students. I know because I learned the alphabet this way watching the Russian class that was being taught by my colleague, Laurie Nesrala, who developed this kit with me.

There are also reduced sizes for student hand-outs and another size for matching activities. They are deliberately NOT presented in alphabetical order so that the student focuses on the SOUND of the letters rather than on rote memorization. After that knowledge has “taken root,” the letters can be arranged alphabetically.
Since the Olympics were in Russia one year while I was teaching at a private, I gave my Spanish students the hand-out size of the vowels and consonants. It never hurts to stretch the brain a bit and make the students aware of other languages. One of my Spanish students upon joining the military went to language school in Monterey, CA, and also learned Russian. Part of the reason for his choice was the visual materials he saw at our school. I even explained the alphabet to him using these visuals one day “just for fun.” Life-changing experience. You never know how you may touch someone's life.