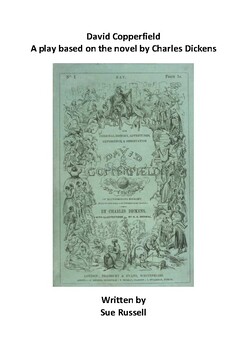 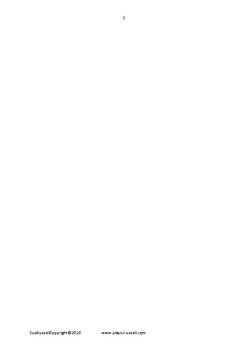 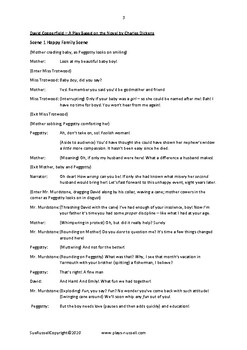 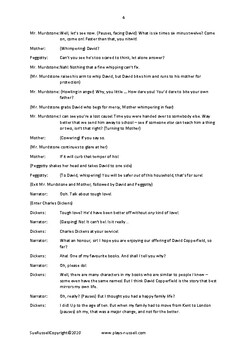 This is one of a series of plays based on Charles Dickens’ books, What the Dickens!

· A Tale of Two Cities

Suitable from age 10 upwards, this is a set of scripts written with Key Stage III in mind. I will be adding further teaching resources in the near future. It is my aim to make these great classics accessible to young people and adults alike*Scroll down for review.

(Mr. Wickfield looking old and frail, sitting in chair, with Agnes hovering over him in concern. Uriah Heep stands to the side, looking very pleased with himself, offering Mr. Wickfield one glass of wine after another)

Uriah Heep: (Refilling Mr. Wickfield’s glass with wine) There you go, dear Mr. Wickfield. Just say the word! Anything I can do to help!

David: I’ll take that, thank you very much!

Uriah Heep: (Gasping) What do you think you are doing?

David: Saving Mr. Wickfield and his lovely daughter, that’s what (pauses) from you!

Uriah Heep: Whatever do you mean? How dare you just flounce back into our lives after waltzing off to Switzerland!

David: Indeed! And without your kind support, as always, Agnes, I would never have made it through that dark time!

Mr. Wickfield: Ah, you and Agnes were always so close! Like brother and sister!

David: But times have changed

Agnes: Have I done something to upset you?

David: It’s not what you have done, beloved Agnes! (Turning to Uriah Heep) Just look at what this fiend has been trying to do to your father!

Uriah Heep: (Gasping) What do you mean?

David: You know perfectly well what I mean! Poisoning him with all this alcohol! Just so that you can help yourself to his daughter!

Uriah Heep: (Smugly) There are worse fates than being married to me, I can assure you!

David: You think so? Hmm. I think we’ll agree to disagree on that one!

I can highly recommend Sue Russell’s plays for use with KS3 students. They are wonderful introductions to classic novels – capturing the mood and tone of the original and communicating the essence of plot and characters in a lively and highly accessible way. Students enjoy the vibrant dialogue and find scope for characterisation and the development of dramatic skills by performing them. These plays can be used in English lessons as well as Drama class. Dickens is a wonderful writer, but the sheer length of the novels and complexity of plot lines can be intimidating for students. Sue Russell’s plays are faithful to their originals yet also brilliantly condensed without any loss of key material.
Many thanks to my writer-friend Jude Hayland who, when not writing, works as drama teacher and English tutor.