Decimal Dash! A Multiplying Decimals Game - With Digital Board Game 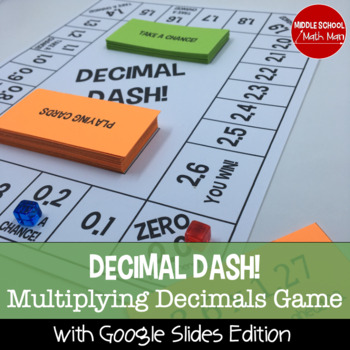 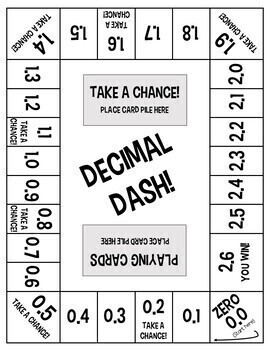 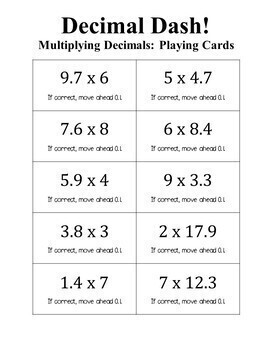 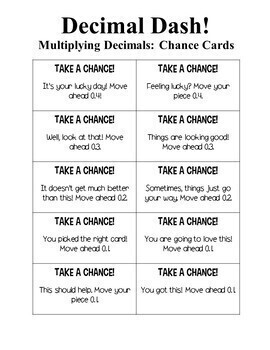 Landing on a "Take a Chance" spot adds some luck into the game, as these cards either move a player forward or back spaces.

You can get this resource and many of my other 6th grade resources as a part of the following mega bundle.

Fractions and Decimals Board Game Bundle

The game can be played with 2-5 players. The following items ARE included in this resource:

The following IS NOT included, but will be needed to play the game.

-One Game Piece Per Player (I use counters)

-Calculator (for students to check answers)

If you enjoyed this game, you may also like my other resources for math in the middle school grades! Many resources are included, at a huge discount, as a part of the following bundles. This board game is NOT a part of the 5th, 7th, or 8th grade mega bundle.

Log in
to see state-specific standards (only available in the US).
CCSS6.NS.B.3
Fluently add, subtract, multiply, and divide multi-digit decimals using the standard algorithm for each operation.