Declaration of Independence: What's In It?/ 2nd Continental Congress / Jefferson 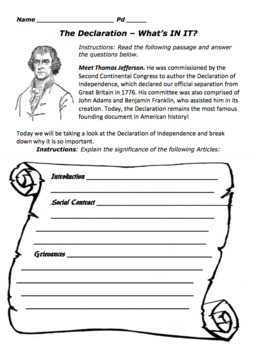 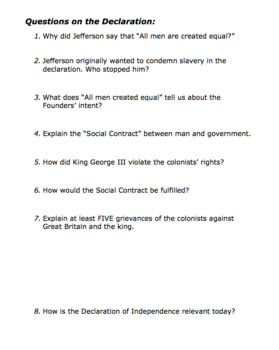 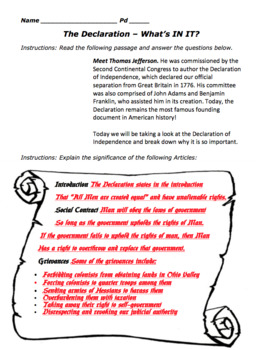 This is a great handout that I use to introduce students to the Declaration of Independence document, which gives students a visual representation of the content, layout, and significance. Students will learn the importance of America's most famous founding document.

If you are interested in purchasing the entire "American Revolution" bundles, including Powerpoint and notes packet, see Unit 2 or 3 below!