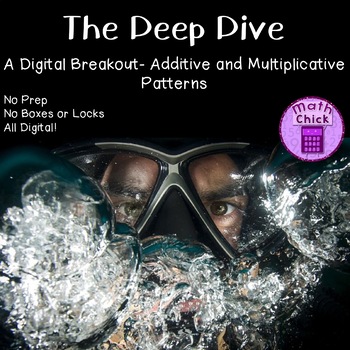 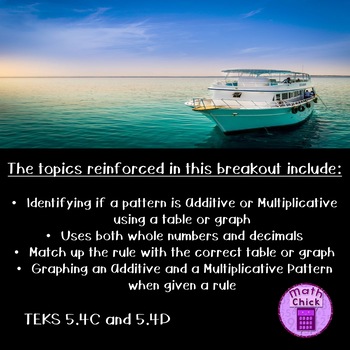 In this Escape Room-like game, students will interact with a website to find clues and decode puzzles to unlock digital locks to BREAKOUT!

The TEKS seen in this breakout are:

What is a Digital Escape?

Why Use Digital Escapes?

A digital escape requires no preparation of materials, no time spent setting up, and no purchase of a Breakout EDU kit.

*Escape website with links to all necessary text and media

To use this resource you will need to:

How about 5th grade activities?

Writing Equations Using Variable or Letter for the Unknown Google Classroom 5.4B

Multiply a Whole and a Fraction Interactive Google Classroom Activity TEKS 5.3I

Problem Solving with Graphs and Data TEKS 5.9A 5.9B 5.9C Google Classroom

Total Pages
n/a
Answer Key
Included
Teaching Duration
55 minutes
Report this Resource to TpT
Reported resources will be reviewed by our team. Report this resource to let us know if this resource violates TpT’s content guidelines.