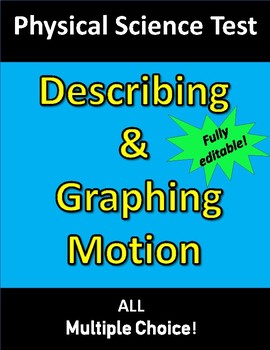 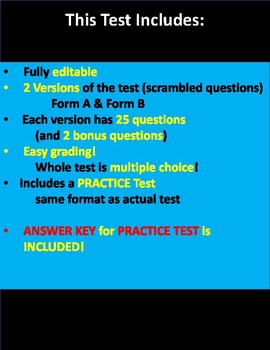 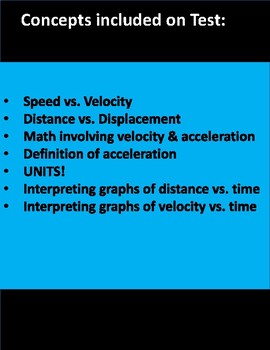 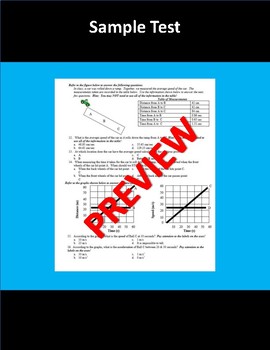 This BUNDLE includes THREE TESTS! Each test is 25 questions long, all multiple choice, and covers the following concepts:

•Interpreting graphs of distance vs. time

•Interpreting graphs of velocity vs. time

Two of the tests (Form A and B) are identical, scrambled questions. The third test has different questions. It can be used as a practice test or a makeup test. The ANSWERS to the third test are included.

All tests are in WORD format, so they're easily edited. These tests pair PERFECTLY with my PowerPoints.* (PowerPoints are sold separately. There are links to the PowerPoints in the related products below).

Measuring the Speed of a Bubble Lab