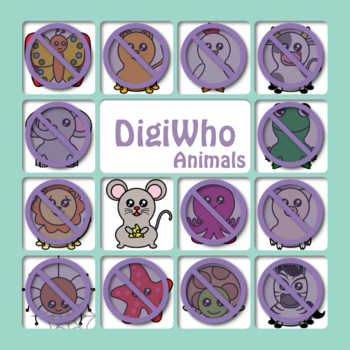 DigiWho - Animals, is a PowerPoint resource that is inspired by "Guess Who?" the Guessing Game in which you need to guess the hidden character.

The Children I work with, love it!

While you Guess Which animal is hidden in the side image, you can work on:

and many more objectives.