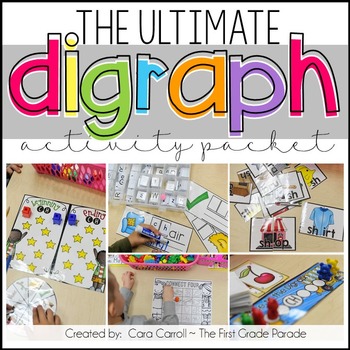 I absolutely love teaching my kids all about consonant digraphs and they LOVE learning about them, too! This little packet was created to help me introduce and reinforce digraphs in my classroom. Digraphs ch, sh, th, wh, & ph are included in the activities in this little packet.

Here are the digraph activities included in this resource:

For a more detailed look at this packet, please click on the PREVIEW button!