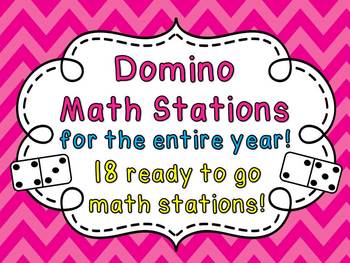 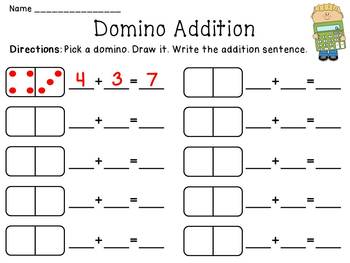 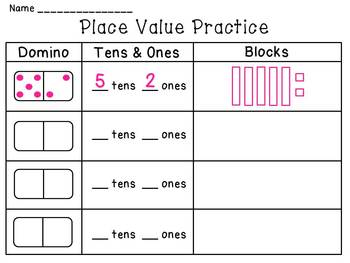 This is one of my favorite things I have ever made! The games are so much fun and are ready to just print and go. Every math station comes with a cute student-friendly directions sheet so students can simply grab a directions sheet, a recording sheet, and some dominoes and go off on their own. All of the math stations have a blank recording sheet and one that has an example. The preview pictures show the version with an example.

- Counting On & Counting Back with Number Lines

- Comparing Numbers (Greater than, less than, equal to)

These math stations were designed to be used with a set of double six dominoes (biggest number on either side is six) but many of the stations could be used with the sets with higher numbers.

Love this and want to have your entire year of math planned?

Check out REAL PICTURES of my fun math units here:

Money (shows U.S. but I have U.K., Australian, Euro, and Canadian coins versions of the activities)