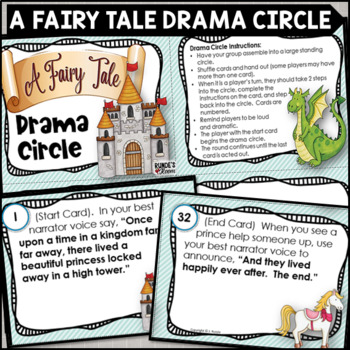 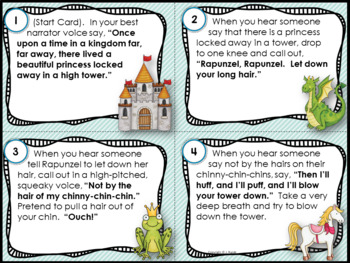 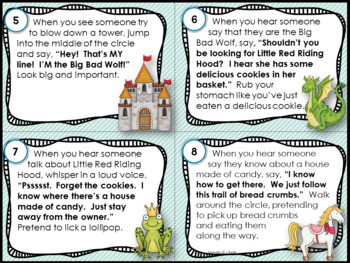 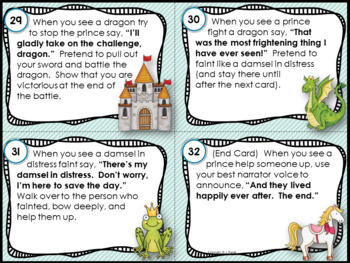 This free drama activity with a Fairy Tale theme has a similar format to the "I Have / Who Has" game. This is a fun activity cooperative learning activity to practice drama, listening, or oral language skills. There are 32 cards, that follow in a sequence, with each card having a different instruction. Students assemble in a circle to perform their scenarios. As each student finishes acting out his or her card, the student with the next card in the sequence starts acting out his or her card. The game continues until the last card is acted out.

This resource is included in my Drama Circle Bundle. This bundle contains 7 different drama circles at a discounted price.

If your students enjoy drama circles, why not give MATH CIRCLES a try? Click HERE to take a peek.