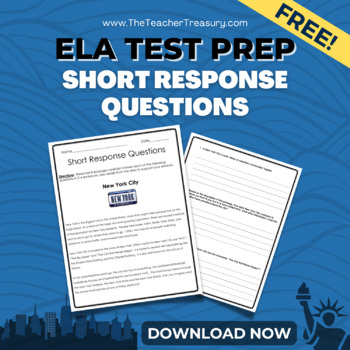 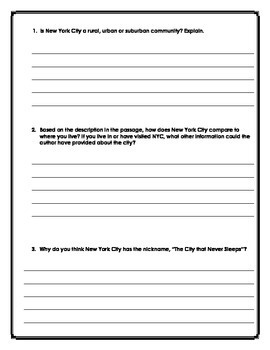 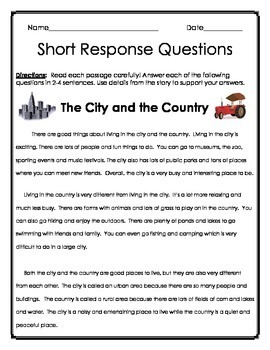 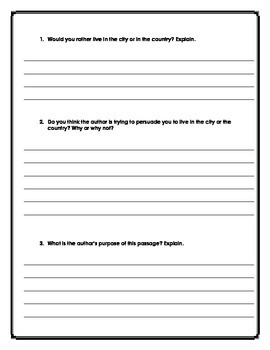 Directions: Read each passage carefully! Answer each of the following questions in 2-4 sentences. Use details from the story to support your answers.

New York is the biggest city in the United States. More than eight million people live on this huge island. As a result of the large and ever-growing population, there are several methods of transportation for New York residents. People take buses, trains, ferries, taxis, bikes, cars and trucks to get to where they need to go. Often, the majority of people walk long distances to avoid traffic and crowed trains and buses.

New York City is located in the state of New York. Other names for New York City are “NYC”, “The Big Apple” and “The City that Never Sleeps”. It is home to several very big buildings like the Empire State Building and the Chrysler Building. It is also well known for the Statue of Liberty.

As far as professional sports go, this city has two of everything. Two professional baseball, basketball, hockey and football teams are located in NYC. The most famous teams include the New York Yankees, the New York Nicks and the New York Giants. Can you imagine what the crowd must look like at one of these stadiums?

2. Based on the description in the passage, how does New York City compare to where you live? If you live in or have visited NYC, what other information could the author have provided about the city?

3. Why do you think New York City has the nickname, “The City that Never Sleeps”?

PASSAGE #2: The City and the Country

There are good things about living in the city and the country. Living in the city is exciting. There are lots of people and fun things to do. You can go to museums, the zoo, sporting events and music festivals. The city also has lots of public parks and tons of places where you can meet new friends. Overall, the city is a very busy and interesting place to be.

Living in the country is very different from living in the city. It’s a lot more relaxing and much less busy. There are farms with animals and lots of grass to play on in the country. You can also go hiking and enjoy the outdoors. There are plenty of ponds and lakes to go swimming with friends and family. You can even go fishing and camping which is very difficult to do in a large city.


1. Would you rather live in the city or in the country? Explain.

2. Do you think the author is trying to persuade you to live in the city or the country? Why or why not?

3. What is the author’s purpose of this passage? Explain.

If you like this, you may also find this helpful: Dr. Seuss Short & Extended Response Writing Activities for Black History Month (FREE)


ELA Test Prep: Short Response Questions by Felisa Williams is licensed under a Creative Commons Attribution-NoDerivs 3.0 Unported License.
Total Pages
4 pages
Answer Key
Does not apply
Teaching Duration
N/A
Report this Resource to TpT
Reported resources will be reviewed by our team. Report this resource to let us know if this resource violates TpT’s content guidelines.