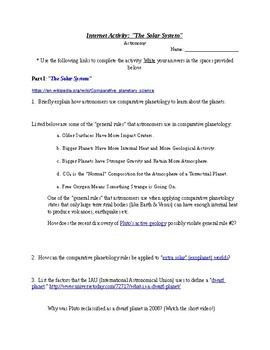 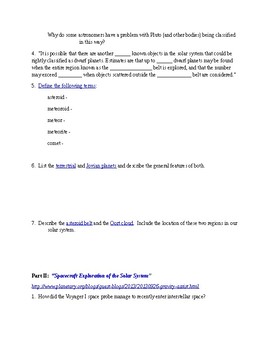 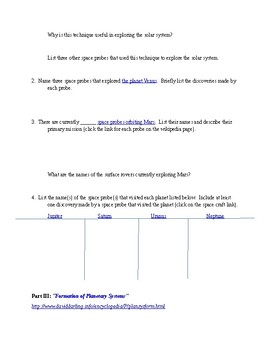 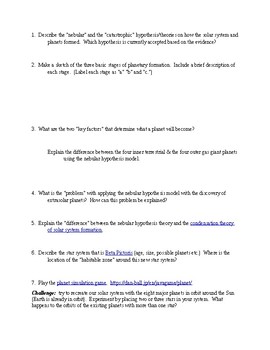 I use this computer lab activity for my Earth/Space class as part of the Unit XIII "The Solar System" review but it can also be used as a basic high school level webquest review or as an introduction to the subjects. (Some students will finish the activity within one class period but generally it will take about an hour to complete.)

This activity as well as PowerPoint lessons, worksheets, review programs and assessments can be found under the Earth/Space Complete Unit XIII "Solar System" zip file folder.

Total Pages
7 pages
Answer Key
Included
Teaching Duration
50 minutes
Report this Resource to TpT
Reported resources will be reviewed by our team. Report this resource to let us know if this resource violates TpT’s content guidelines.