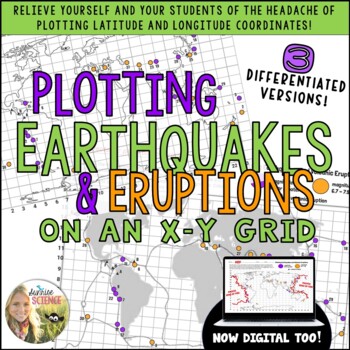 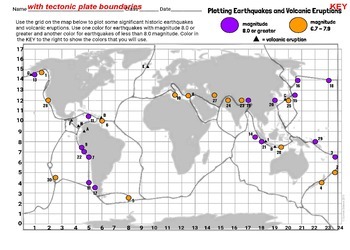 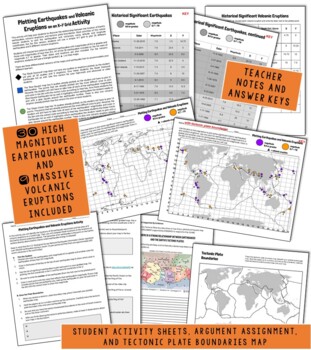 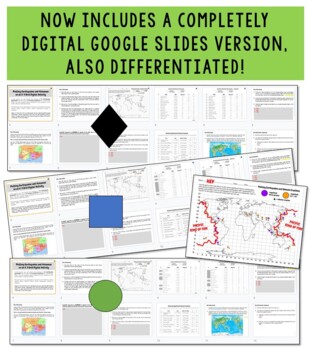 There are three differentiated versions of the maps and earthquake lists to accommodate your different learners.

For the second part of the activity, students will trace the Earth's tectonic plate boundaries onto their maps and make at least three observations of their map. They should notice that the earthquakes occur over or very close to the boundaries, that many of the strongest earthquakes happened along the coast of Chile and in Indonesia. They should notice that many of the plotted quakes appear to be in lines, that many occurred along the edges of continents, and that certain places do not have any major earthquakes, like Africa and Northeastern America.

Next, students will write an argument supported by evidence to respond to this claim: There is a strong relationship between earthquakes and the earth’s tectonic plates. The students should use their own Plotted Earthquake Map as well as the Plate Boundaries map included on the assignment page to support their argument with evidence.

For the next part of the activity, students should plot the volcanic eruptions from the data table. These are 9 of the most deadly or destructive volcanic eruptions in history and make at least three observations about their locations. Lastly, play the suggested video clip to show the students the location of the Pacific Ring of Fire. The students should use a highlighter to highlight the Ring of Fire and use this to answer two questions about the types of plate boundaries most prevalent around the Ring of Fire.

I made this activity for my 6th graders and the differentiated versions helped me to facilitate this lesson with all of my students at the same time without having some students blow way ahead of the others and without some students taking a lot longer to plot the points than others and feeling frustrated. At the end of the activity, everyone understood the big ideas and had a map that they felt proud of!

This resource now includes links to make copies of the black diamond (highest), blue square (medium), and green circle (lowest) DIGITAL GOOGLE SLIDES versions of this activity. These versions have been designed in Google Slides and can be facilitated through your Google Classroom!

Total Pages
58 pages
Answer Key
Included
Teaching Duration
90 minutes
Report this Resource to TpT
Reported resources will be reviewed by our team. Report this resource to let us know if this resource violates TpT’s content guidelines.