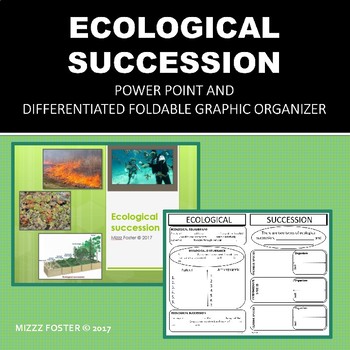 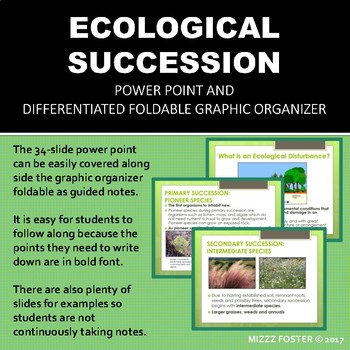 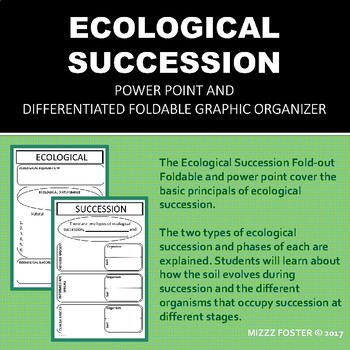 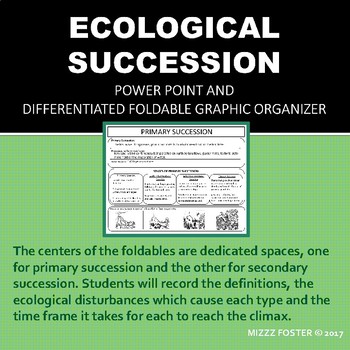 (9 MB|51 pages)
Also included in:
Product Description
The Ecological Succession powerpoint and graphic organizer foldable teach the students about ecological equilibrium, types of disturbances, the difference between primary and secondary succession. The students will learn about the organisms found at each stage including soil development and animals.

The powerpoint and graphic organizer can be taught simultaneously as a guided notes activity. The insides of the foldable are dedicated to primary succession and secondary succession with a prompt for students to illustrate an example of each type of succession while the powerpoint offers multiple examples including succession in the sea.