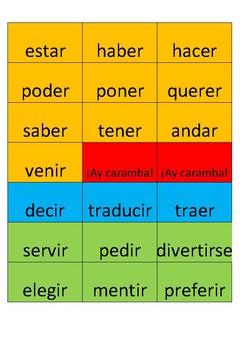 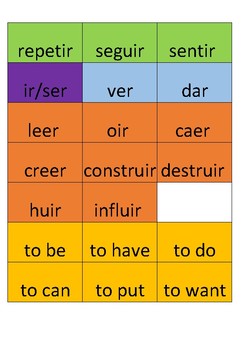 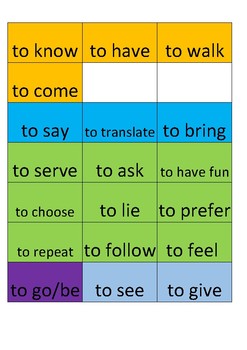 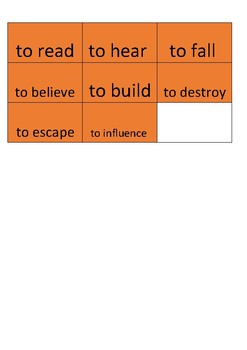 This is a very simple but effective way for your students to learn the conjugations of irregular verbs in the pretérito indefinido. The verbs included in this game are:

The game can be played with whichever group of verbs you are learning at the time.
The rules of the game are as follows:

1. Put the cards face up and match the Spanish verbs with the English verbs.
2. Put any cards that you are confident you already to know to one side. Using the remaining cards, turn them over face down and play pairs.
3. Now look at all of the Spanish verb cards. Categorise the verbs into groups according to their colour, discuss and review the conjugations of these verbs using your laminated sheets.
4. Using the Spanish cards only play the following game:

- If the conjugation is correct (the other player can check the conjugation on the laminated cards), they keep the card and score 1 point.
- The player with the most cards and points at the end of the game wins.