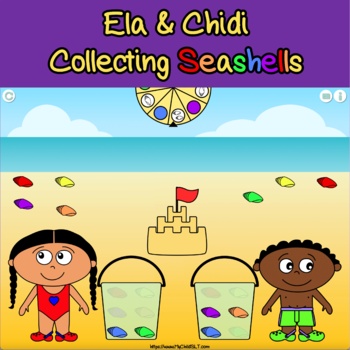 Ela & Chidi Collecting Seashells, is a fun PowerPoint resource that could be used in your sessions.

To play, the younger player starts.

Summer is here and Ela and Chidi are on the beach!

The target is to fill your bucket with seashells!

- One white seashell: Collect one seashell of any color.

- Empty Bucket: A wave flipped your bucket and all the seashells fell! Put them back and skip your turn.

The first player to put all six seashells in their bucket wins!