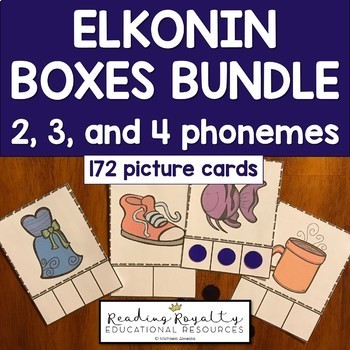 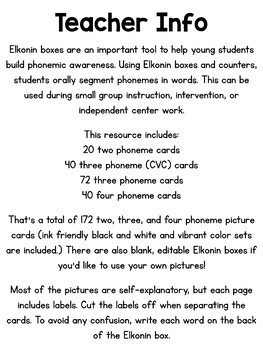 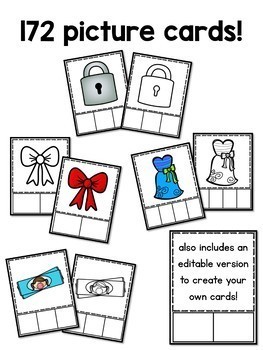 This is a discounted bundle of all the Elkonin boxes available in my store. It includes:

That’s a total of 172 two, three, and four phoneme picture cards (ink friendly black and white and vibrant color sets are included.) There are also blank, editable Elkonin boxes if you’d like to use your own pictures!

Most of the pictures are self-explanatory, but each page includes labels. Cut the labels off when separating the cards. To avoid any confusion, write each word on the back of the Elkonin box.

Teachers who purchased this also bought: