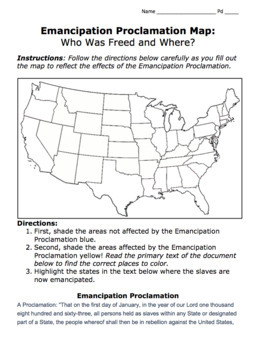 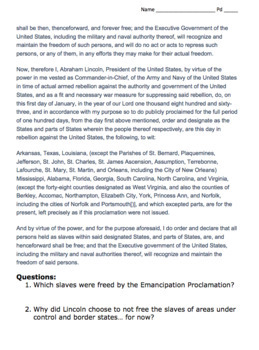 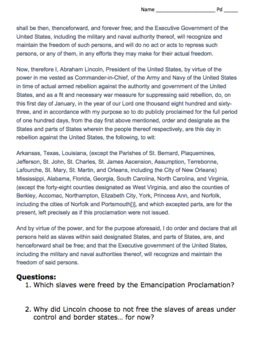 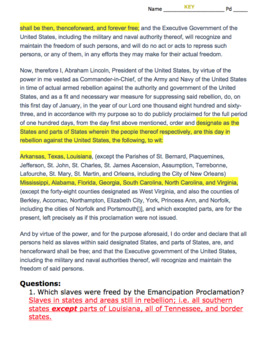 This map activity allows students to analyze the primary text of the Emancipation Proclamation and chart on a map exactly which states were freed and which were not. Students will sharpen their knowledge of Union, Border, and Confederate states as well as highlight important sections directly out of Lincoln's proclamation.