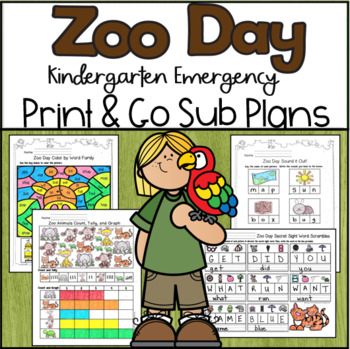 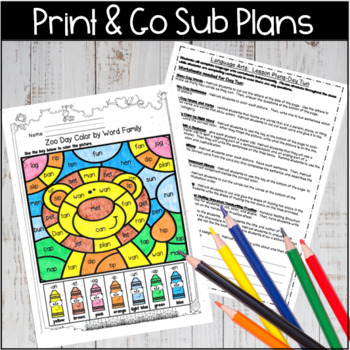 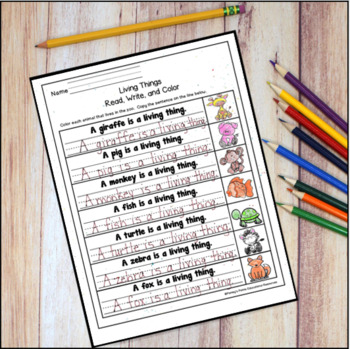 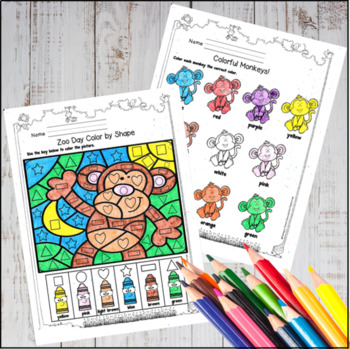 Have a conference, workshop, doctor’s appointment, sick child, or are simply too sick to teach? Then, take the day and give your students a day at the zoo! This packet was designed for Kindergarten and early First Grade students with those days in mind. Grab your favorite zoo-themed book(s), hit print, and you are ready to go! Math, Language Arts, Science, Social Studies, and writing activities for two days are included in this packet. Most, if not all, of the math and language arts worksheets can be completed independently by students. Social Studies and Science instructions require some initial discussion, but will also be completed independently. Activities in this packet include:

Also, as included as a BONUS: Substitute Communication Report

This fun packet is perfect for your sub tub so you can always be prepared for those unexpected absences!

Thank you for stopping by!!
Total Pages
49 pages
Answer Key
N/A
Teaching Duration
N/A
Report this Resource to TpT
Reported resources will be reviewed by our team. Report this resource to let us know if this resource violates TpT’s content guidelines.