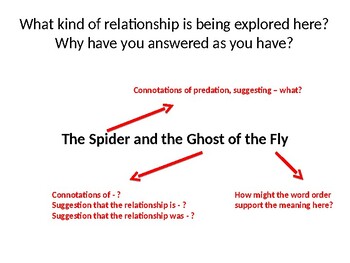 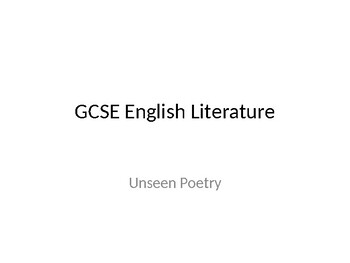 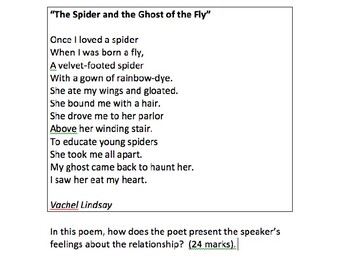 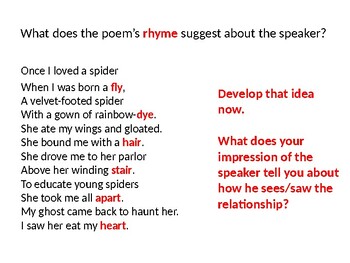 This lesson can be taught in two ways depending on the students’ level of confidence and the amount of scaffolding required.

The resource used is Vachel Lindsay’s “The Spider and the Ghost of the Fly” which is an extended metaphor exploring the end of a relationship.

More confident students can approach the task more or less straight away (after a warm-up which asks them to explore the title and furnishes some initial ideas). The task and poem are on slide 3 which is a printable but could be displayed on the screen if you’re trying to cut down on photocopying ! The idea is that students will approach the task fairly cold and then the subsequent 7 slides can be used to support an improved response, ensuring that the response is as thorough as possible.

Less confident students (for whom this was planned) can work through all of the slides so that they have a wealth of ideas on which to draw before attempting their own response.