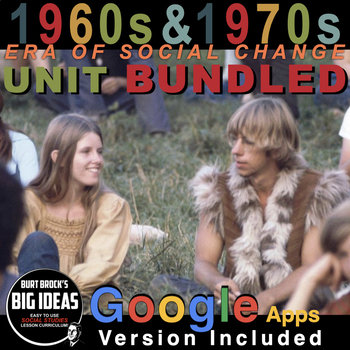 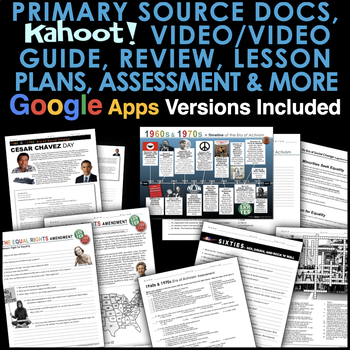 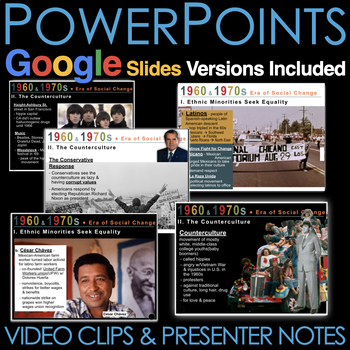 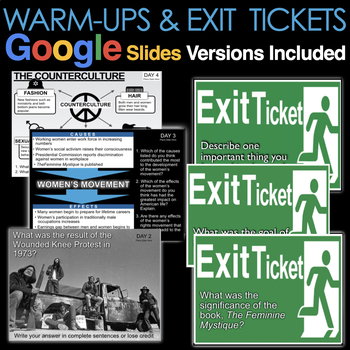 Era of Social Change Unit - 1960s - 1970s takes students back to the turbulence of the late 1960s and early 1970s, in which various ethnic groups and women stood up and demanded their rights. Meanwhile, baby boomers rebelled against the conformity of the 1950s and formed the counterculture. This Era of Activism unit includes Era of Social Change PowerPoints, primary source activities, warmups, exit tickets, review crossword, review Kahoot! game, and editable assessment all bound together by daily lesson plans. This bundle has everything you need to teach all about the volatile period. Detailed lesson plans make no prep necessary, just copy/paste into your lesson plans. Everything is usable. Everything is planned.

Each lesson begins with a warm-up, PowerPoint lecture, a primary source or info text lesson, and an exit ticket. Era of Social Activism PowerPoints include presenter notes that guide you through PowerPoint lectures and short video clips.

• Daily Lesson Plans - Copy/Paste into yours!