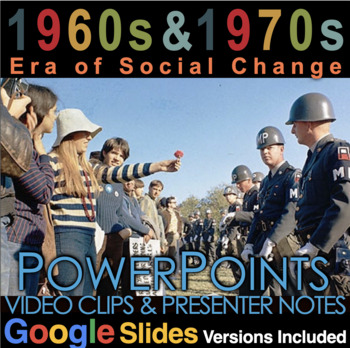 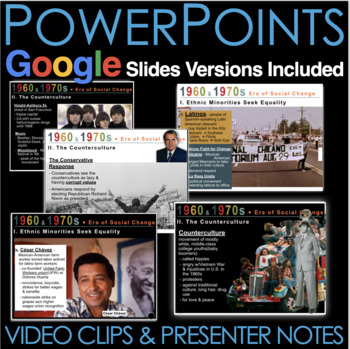 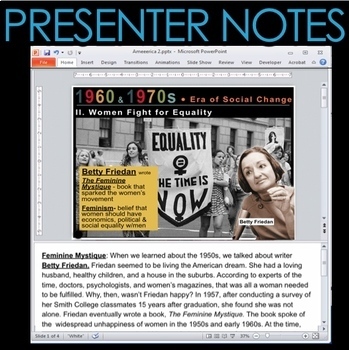 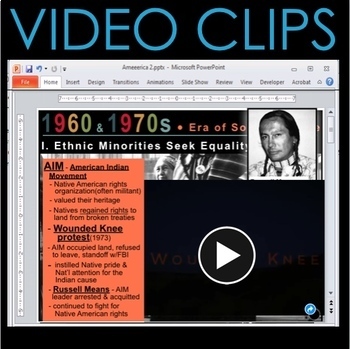 Era of Social Activism PowerPoints with built in Youtube video links and presenter notes takes students to the turbulence of the late 1960s and early 1970s in which various ethnic groups and women stood up and demanded their rights. Meanwhile, Baby boomers rebelled against the conformity of the 1950s and formed the counterculture. This 17 slide PowerPoint uses primary source documents, graphs, and maps for student analysis.

• The Seventies: Television Gets Real from CNN Video Guide

More on the way! "Follow me" to be the first to know about new products and free stuff.