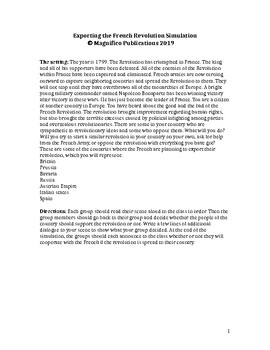 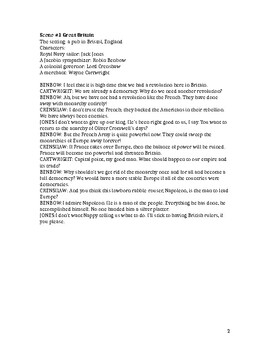 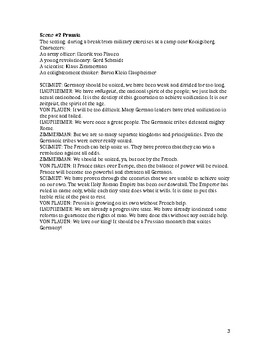 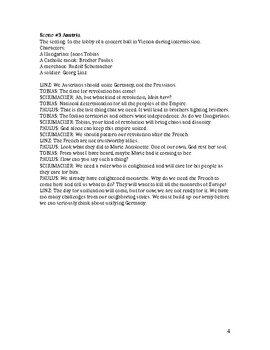 The year is 1799. The Revolution has triumphed in France. The king and all of his supporters have been defeated. All of the enemies of the Revolution within France have been captured and eliminated. French armies are now turning outward to capture neighboring countries and spread the Revolution to them. They will not stop until they have overthrown all of the monarchies of Europe. A bright young military commander named Napoleon Bonaparte has been winning victory after victory in these wars. He has just become the leader of France. You are a citizen of another country in Europe. You have heard about the good and the bad of the French Revolution. The revolution brought improvement regarding human rights, but also brought the terrible excesses caused by political infighting among parties and overzealous revolutionaries. There are some in your country who are sympathetic to revolutionary ideas and some who oppose them. What will you do? Will you try to start a similar revolution in your country on your own, ask for help from the French Army, or oppose the revolution with everything you have got?

Log in
to see state-specific standards (only available in the US).
CCSSSL.9-10.3
Evaluate a speaker’s point of view, reasoning, and use of evidence and rhetoric, identifying any fallacious reasoning or exaggerated or distorted evidence.
CCSSSL.9-10.1d
Respond thoughtfully to diverse perspectives, summarize points of agreement and disagreement, and, when warranted, qualify or justify their own views and understanding and make new connections in light of the evidence and reasoning presented.
CCSSSL.9-10.1b
Work with peers to set rules for collegial discussions and decision-making (e.g., informal consensus, taking votes on key issues, presentation of alternate views), clear goals and deadlines, and individual roles as needed.